Following the US airstrike that killed Iranian general Qasem Soleimani on January 3 and the Iranian missile strikes against US positions in Iraq on January 7, there has been considerable anxiety about war escalating between the US and Iran. In a media ecosystem driven chiefly by fear and outrage, bad news travels fast, and the worst interpretations of the news travel fastest of all. For our part, we expect that the war will escalate, but that it will take a more diffuse form than the sort of conventional war that most people expect. As avowed foes of war and tyranny, we believe it is important to strategize accordingly.

After the missile strikes, the Iraqi government announced that the Iranian military had fired 22 missiles, and that 17 of them hit the Al-Asad airbase, 15 of which detonated—yet without any casualties. In a subsequent statement, the Iraqi government stated that Iranian officials had warned them of the attacks in advance. If this is true, it seems likely that the Iranian government was intentionally avoiding killing US troops while demonstrating that it is capable of hitting US targets. This is a way for the Iranian government to save face and placate hardliners, while leaving the United States the option of not further escalating formal hostilities.

The real response to the US assassination of Soleimani will likely take place outside the official theater of war, in the form of proxy violence and terror attacks. Iran backs forces throughout the Mideast, especially in Iraq and Lebanon, where its proxy Hezbollah is arguably more powerful than the official government. Iraq and Syria have already seen many years of violence; now it seems inevitable that the whole stretch of territory from the Caspian Sea to the Mediterranean will be torn by civil war for years to come. The Islamic State, which lost the last of its territory less than a year ago, will be succeeded by other groups that have learned from its rapid rise and fall.

So regardless of whether the US escalation with Iran triggers a ground conflict or leads to an occupation, it represents another step towards a US foreign policy that presumes and hastens a future of global civil war. As opponents of both war and tyranny, we have to analyze what authoritarians of all stripes stand to gain from this approach.

First, it’s worth repeating that the US escalation of conflict with Iran confirms our thesis that when Donald Trump encouraged Turkish President Recep Tayyip Erdoğan to invade Syria, it was not a step towards US withdrawal from the region, but simply a reshuffling of US alliances in the Mideast towards more authoritarian players. The US had already sent 14,000 more troops to the region before giving Erdoğan the green light; thousands more troops have followed them there since. Supposed “anti-imperialists” who parroted Trump’s lie that he was pulling the US out of “endless wars” naïvely gave cover to his effort to abet Turkish and Russian imperial ambitions while setting the stage for him to escalate conflict with Iran.

Despite widespread fears from Democrats that Trump is trying to start a war to distract from the (stalemated) impeachment proceedings or to manipulate the (already polarized) public ahead of the election, it seems clear that Trump isn’t seeking a conventional war with Iran. He wants to throw US military weight around without being drawn into ground operations. Taking a cue from Israel, he hopes to be able to order surgical airstrikes against high-ranking foreign adversaries without having to occupy another country; that way, he can get credit from his Islamophobic base for being tough, while perpetuating the paper-thin deception that he is “pulling America out of endless wars.” In short, he wants escalation without entanglement.

The truth is that 21st-century war is going to look different than the 2003 invasion and occupation of Iraq. The conflict in Syria gives us a sense of what we can expect: a years-running civil war involving proxies representing most of the global power players, in which the distinctions between civilian and military blurred on all sides. We will probably see more cases in which official state violence is performative, like yesterday’s Iranian missile strikes, while the real fighting and dying is done by proxies, paramilitary forces, and civilians. The downing of Ukraine International Airlines Flight 752 immediately after the missile strike, in which a large number of Canadians and Ukrainians as well as Iranians were killed, illustrates this, as do the two rocket strikes that hit the “Green Zone” in Baghdad immediately after Trump announced that he would not respond to the strikes from Iran.

So the chief victims of Trump’s escalation will be civilians—likely US citizens as well as Iranians and Iraqis. Yet it seems clear that Trump is not concerned about the likelihood that US civilians may be targeted as a consequence of his decision to target Soleimani. On the contrary, he may even welcome such attacks, counting on them to drive more fearful, ignorant Americans into his camp.

Since 2001, Republicans have only benefited from policies that have polarized whole populations, resulting in the rise of ISIS, terror attacks, and civilian deaths by the hundred thousand. They count on the threat of Islamic fundamentalism to make their own fundamentalist authoritarianism look appealing. This gives us another angle on Trump’s tweet declaring “All is well!” and “So far, so good!” immediately after the Iranian missile strike.

No amount of brute force can hold the neoliberal global order together—and Trump is not trying to hold it together. Rather, he and his fellow nationalists aim to ensure that the conflicts that succeed the neoliberal order will play out along ethnic and national lines rather than uniting everyone against the ruling class that he represents. Case in point: the Iranian government, threatened by massive unrest scarcely two months ago, can now use the escalating conflict with the US to legitimize its authority domestically.

In response to the machinations of the Iranian and US governments, we aim to identify and resist every effort to turn us against each other. We aim to build solidarity across national, ethnic, and religious lines while doing everything we can to topple authoritarian governments from DC to Tehran. Our hope is that revolutionary movements will break out on both sides of every border. Escalations in state violence are calculated to make this impossible—to substitute war for revolution. In a world headed towards ever more diffuse wars, goaded on by nationalist strongmen, our best chance of survival is to build ties between combative social movements like those in Lebanon, Egypt, and Iran—and not so long ago even in Russia and Turkey—and hopefully soon in the United States as well as in Hong Kong and Chile. Let us fight those who would make us die on their behalf, not each other.

This stands in stark contrast to the strategy implied by the approach of certain authoritarian leftists in the US, who, always looking for an authority to affirm, have settled on legitimizing the Iranian government. Let’s be clear: to do so is to spit on the graves of the 1500 people the Iranian government killed to put down the recent uprising. It is is to legitimize all the prisons and police in Iran and every form of tyranny that Iranian people rose up against. We don’t have to affirm the legitimacy of the Iranian authorities to condemn Trump for attempting to goad them into targeting us. If there are any natural allies for us in this situation, it should be those who resist the authority of the Iranian government in the same way that we oppose Trump’s authority.

For our part, our network includes refugees who were forced to flee the authoritarian government of Iran. We can’t support “the lesser of two evils,” nor can we accept the sort of binary reasoning that suggests that whomever the US government opposes must therefore be a good and legitimate government. We stand with those in the Mideast who have declared that

opposition to U.S. imperialism’s air strikes and war threats against Iran and Iraq can only be effective when rooted in solidarity with the progressive and revolutionary forces in the Middle East and North African region and full opposition to all the authoritarian governments and imperialist powers in the region.

We’d like to see others in the United States put more energy into learning about anti-authoritarian resistance movements in Iran and elsewhere in the Mideast, and less energy into trying to rehabilitate Soleimani as an “anti-imperialist” hero. Both sides that wish to force the false binary of “Trump or Iran” on us are symmetrical in that they are counting on the threat represented by the alternative to force us to side with them. We have to make another option thinkable: a shared road to freedom.

This is why we are against all wars, against all governments, against all oppression. We believe passionately in the potential that all human beings have for self-determination, mutual aid, and peaceful coexistence. The authorities on both sides would make us fear each other, but we know they are our chief enemy. 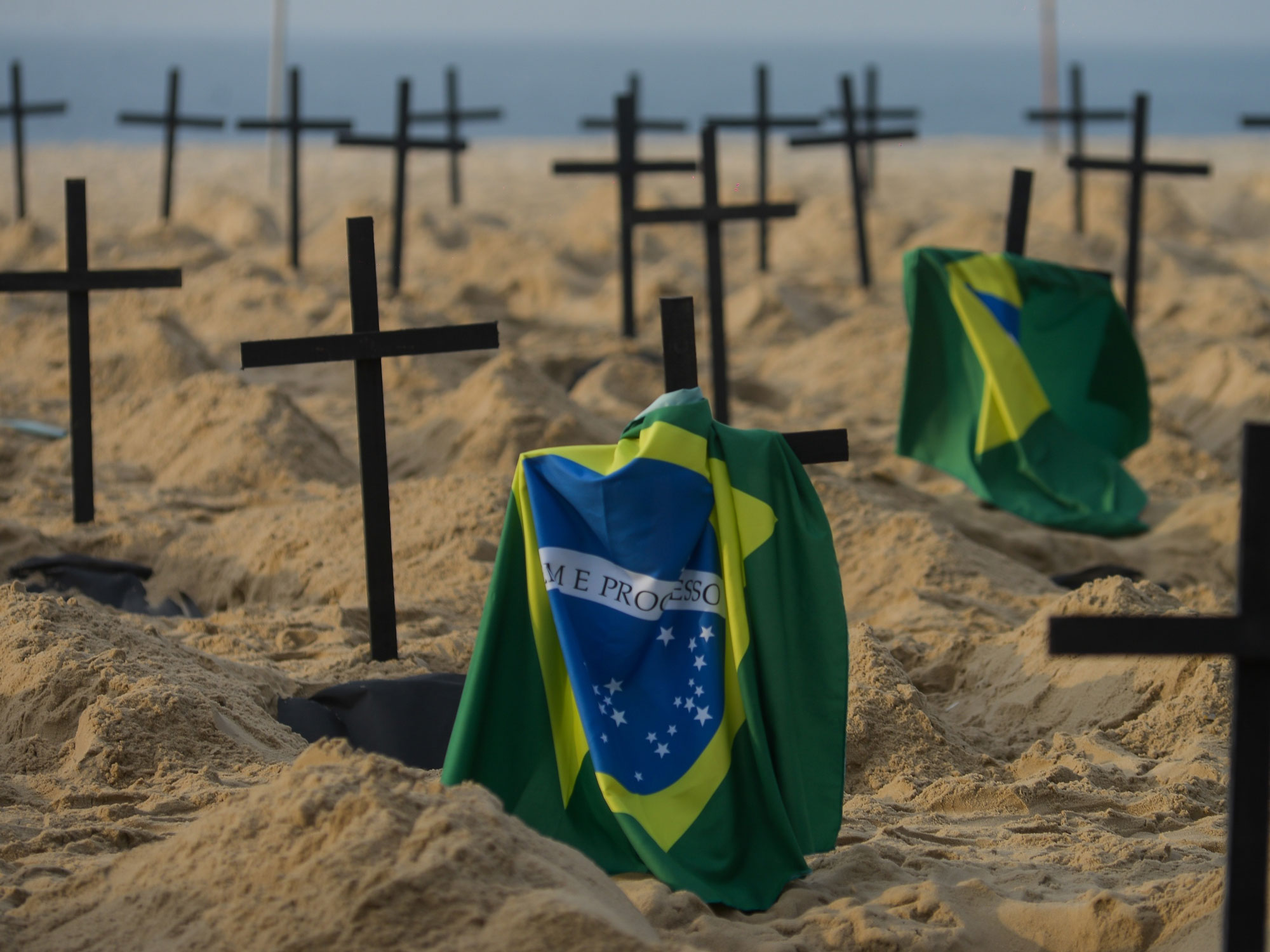